Money is the Answer to Everything

As many other entrepreneurs, I have been accused of loving money. I am here to set the record straight.

Money, a virtual measurement of worth, whose value exists from those who give value to it, is the single and largest motivating factor among those who work for it. Money causes people to cross ethical boundaries, destroy relationships and burn bridges just to gain a little. Money does not discriminate, yet it favours those who work smart to gain it.

King Solomon, one of the wealthiest kings to ever have lived, wealthy in goods and wisdom, said in the book of Ecclesiastes, “money is the answer to everything”.

Money truly is the answer to everything—it makes life easier and brings a certain amount of freedom.

When we first started on Instagram, we began following other successful entrepreneurs, many of whom have made it big in the online world. Scrolling the “newsfeed” on Instagram, I couldn’t help but notice all the posts from these entrepreneurs encouraging, inspiring and motivating people to future success. It was awesome, but after a while, I began to be disturbed by what I saw.

Many of the posts that were used to engage followers were photos of expensive cars, yachts, mansions, etc. Is this what the average entrepreneur seeks? Are we that selfish and shallow? Is it all about growing our kingdoms? What have we become?

As mentioned before, I LOVE MONEY… but my reason for loving it, may not be what you’d expect. I love money for the reason of freedom, but even greater than my freedom, it is for the freedom of others.

Money is for the purpose of giving and making the lives of those around you better. I am a firm believer in giving, not to receive, but for the simple fun of it. Giving is fun! There is nothing like giving something to someone who could never repay the favour. Filling the fridge, cupboards and closets of a mother with four kids who struggles to make ends meet. Helping fund a young man get his business started. Covering the astronomical medical bills of a person suffering from a debilitating disease.

There are so many needs, everywhere we look.

Steve Jobs, one of the richest men alive was quoted saying, “Being the richest man in the cemetery doesn’t matter to me. Going to bed at night saying we’ve done something wonderful, that’s what matters to me.”

Success is a matter of why, not what.
— Ryan Boutin

For the love of everything that is good and right, avoid liking, sharing and commenting on posts that promote selfishness… and for God’s Sake, if you are posting this crap, STOP! You aren’t helping anyone, and after all, isn’t that what it’s all about? If you truly want to inspire and encourage others, be real and invest in others. Stop posting crap that feeds on people’s weaknesses! Rant done.

Entrepreneur and Marketer, Ryan is driven by a passion to help people grow their business. As CEO of Zeal Media Inc, a web development and marketing firm located in Saskatoon, Canada, Ryan's mission is simple; Implement custom strategies to launch small businesses to drastic growth. With a vision to reach more people, InspireCast was born. 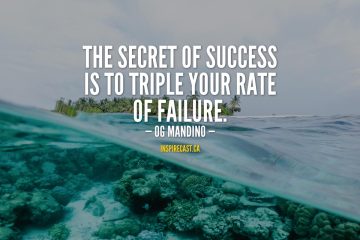 The secret of success… 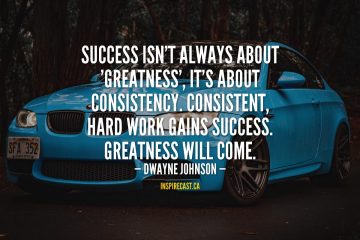 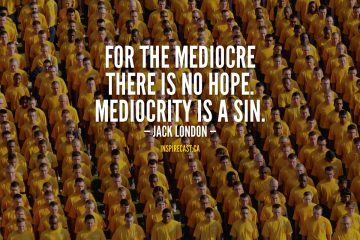 This site uses Akismet to reduce spam. Learn how your comment data is processed.

No Grit – No Pearl

No Grit – No Pearl

You can’t cheat the grind…

The cave you fear…

Consistency: The Key to Success

Money is the Answer to Everything